Lectrosonics On Stage During University Of Virginia Theatrical Presentations 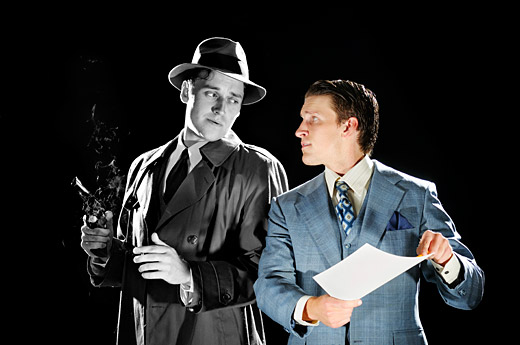 Charlottesville, VA – September 2008… Be it a drama or a musical, wireless microphone technology is a critical component of contemporary theater. The University of Virginia, Department of Drama’s aging wireless system had seen its better days and, with an ambitious program that effectively runs year round, the department needed a reliable solution as it entered the new academic year. They found it with a sizeable wireless system from Lectrosonics.

According to Mike Benonis, a 4th year undergraduate student in Electrical Engineering who serves as the Department of Drama’s sound engineer, theatrical events occur in two theatre spaces on the grounds of the University. “Each year, the Department of Drama produces six main stage presentations,” said Benonis. “Three of these take place in the Culbreth Theatre and another three shows take place in the Helms Theatre—a smaller, but highly configurable space located in the same building as the Culbreth Theatre. The Culbreth Theatre is our main performance venue and is home to the new Lectrosonics system. This is a proscenium-style theater with 24 rows and seating capacity for approximately 590 people. Our prior wireless system had reached the point where we simply couldn’t rely on it, so the decision was made to upgrade our technology.”

“We took delivery of the system in June 2008,” reports Benonis. “In addition to the six presentations throughout the main academic year, we also stage five productions during the summer. We first deployed the Lectrosonics system on the Tony-Award-winning musical City of Angels, part of University’s Heritage Theatre Festival. We paired the Lectrosonics SMDa transmitters with Countryman B3 lavaliere and E6 earset microphones. The sound quality offered by the Lectrosonics equipment was a clear step up compared to our older system and the SMDa’s dual battery system provides extended operating time. Everyone involved with the new gear was very impressed.”

Benonis also commented on Lectrosonics’ build quality and ease of use. “Frequency coordination was taken care of during installation,” notes Benonis, “so right from the start, the new wireless gear has been very easy to use. The SMDa transmitters are really compact and their metal housing makes them very rugged. These transmitters are easy to conceal within the costumes and the fact that they’re water resistant is another big plus. Stage lighting gets hot, so being impervious to moisture such as perspiration is very important. Further, with the RM remote for the transmitters, the belt packs become actor-proof—minimizing the possibility of inadvertent setting changes.”

When queried about Lectrosonics customer and technical support services, Benonis was very complimentary. “Lectrosonics tech support has been great to deal with,” says Benonis. “When we first took delivery of the system, we discovered a faulty VRT receiver module that we suspect was damaged during shipment. Upon contacting the company, I spoke with an engineer who understood what I was describing, diagnosed the situation, and immediately issued a return authorization and simultaneously drop shipped us a new replacement unit. They were extremely responsive. All things considered, our new Lectrosonics equipment sounds better than ever, is easy to use, and is built very solidly. The Department of Drama now has a wireless microphone setup that will serve it well for years.”