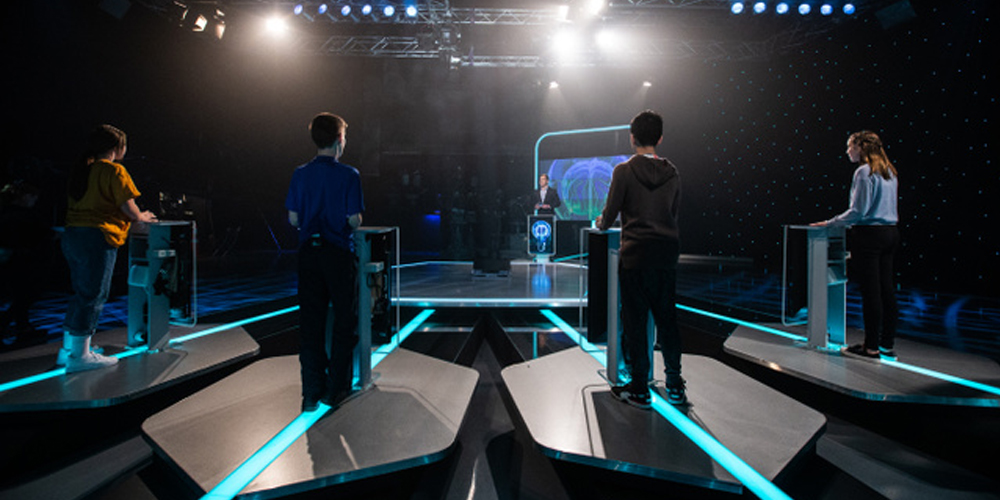 “We’ve grown to trust Lectro beyond anything on the market.”

Christchurch, NZ (October 20, 2020) — Brain Busters is a distinctive competition show produced by Whitebaitmedia based from their Christchurch studios in New Zealand. It encourages children to do their best mentally and physically. Students 12- and 13-years-old progress through rounds of questions, then run a physical obstacle course. Every contestant receives $100 to start and up to $500 based on their performance. It shares its host — Chris Kirk — with What Now?, which may be the messiest show on TV as kids and hosts alike endure water, slime, foam cannons, and whipped cream. Audio Directors Mike Papworth and Steve Hartley tell us why Lectrosonics Digital Hybrid Wireless is their only choice for these shows, rugby matches, and more. Their impressive mix of gear includes HH handheld wireless, HMa plug-on, UM400, SSM, LT, and watertight WM transmitters, a Venue modular receiver,  and SRC slot-mount receivers.

“I first came across Lectrosonics working with Steve at Sky TV in Auckland around 2006,” recalls Papworth. “It’s heavily used for sporting events and is the backbone of production in the entire country. It was very reliable even then, and we’ve grown to trust Lectro beyond anything on the market.”

“New Zealand is full of Venue receivers” Hartley agrees. “I was working at a regional TV station when the first Venue came out, and I believe we had the first rig in the country. For IFB, the T1 and R1a have become prominent.”

Brain Busters in particular poses two main challenges: the sheer volume of contestants and the physical nature of the obstacle course. “Originally we were going to have wired mics on the four contestant podiums,” says Hartley. “That was impractical because we’re shooting five episodes a day. We just finished the first 50. With the wireless we can pre-mic the kids, get levels, get good RF, all that, before they step onto set.”

“When the kids finally do the obstacle course,” explains Papworth, “its frame is steel trussing. That would create RF problems for a lot of gear, but with Lectrosonics, we’ve got it to where we have clear signal. We had UM400s on the backs of the kids’ safety helmets, and one time, a kid came up too fast under an obstacle and smacked the transmitter very hard. When it came back, the T5A and antenna connectors looked completely trashed. Yet it had powered through and we kept receiving audio.”

“We’re hoping to switch to the SSM for the helmets,” adds Hartley. “With their tiny size, they’d be perfect.”

Having worked on What Now?, the team was more than prepared for Brain Busters. The variety show, also a Whitebaitmedia production, is produced live weekly from new locations all over New Zealand. The sight gag of drenching those onscreen with messy concoctions (“gunge” in Kiwi parlance) to extremes. “It’s all live and the kids and hosts create chaos,” says Hartley. “This is where we’ve used the WM transmitters, and they’ve been excellent. We have protocols to protect the equipment, but something always gets soaked. If you’ve seen people get ‘slimed’ on Nickelodeon, it’s that times a hundred, all the time. We have WMs on the children and the three hosts, and they’ve proven resilient to everything from submersion in slime to being mashed with cream pies!”

Papworth and Hartley also work many outdoor shoots. There, they appreciate Lectrosonics’ range. “I recently did a shoot in Vanuatu for a Canadian production company —we had everything from people out in canoes, long range RF runs across beaches and hikes through dense native bush --  that sort of thing,” says Papworth. “I just had a little SRC portable receiver in my sound kit with a couple of LT transmitters, and was surprised at the range I got as the canoes paddled farther away, even traveling through heavy native bush following a local tribe I had complete faith in the kit I was using. The SRC can do a quick scan and quickly sync with the LTs was a great help in that environment.”

“I’m mainly involved with live sport such as rugby,” Hartley chimes in. “Lectro is prevalent everywhere in NZ, which is testament to their performance and reliability. On the paddock, we mic the referees. We have up to six HH handhelds for our presenters. Then we have two audio assistants walking the sidelines to capture the sound of the plays. Where in the States you’d use parabolic mics, we use shotgun mics with HMa plug-on transmitters. It works exceptionally well.”

Currently, New Zealand’s spectrum is more generous than North America’s, but Papworth and Hartley aren’t taking any chances. “We’re quite lucky to still have blocks 24, 25, and 26, but that 600MHz range might disappear on us soon, like in the States,” notes Hartley. “We lost our 700-800MHz range a few years back due to 4G towers going up. Even though we have very thorough pre-planned frequency plot’s for the entire country, you never know what’s going to pop up the day of the shoot, do you? Lectrosonics receivers can all scan for clear frequencies, then share that information with the transmitters. You want that there.”

Last but not least, Papworth praises Lectrosonics’ audio quality: “We use radio mics everywhere we can’t run a cable. I’ve never had anything sound robotic or out of place. What we send to post-production is always transparent. Lectro is pretty much superior to everything else in this regard. It’s as close as you can get to a wire.” 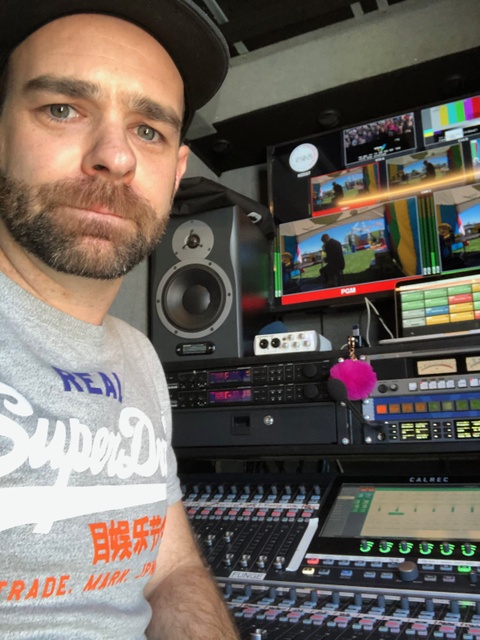 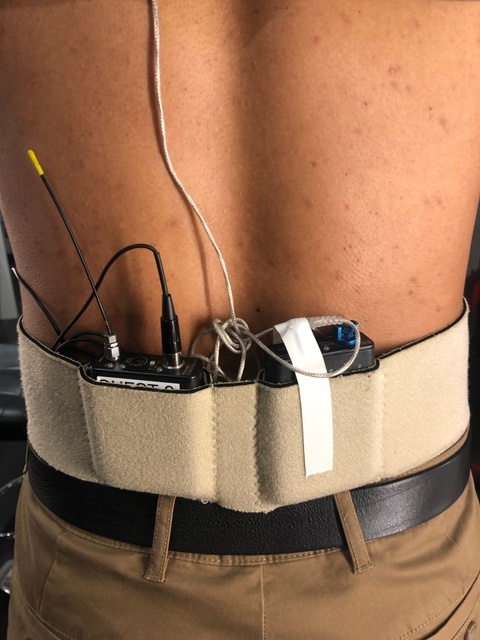