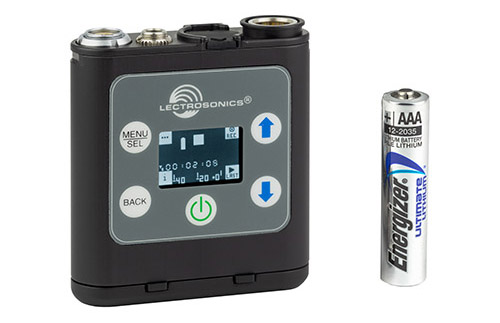 WARNING: DO NOT PERFORM A LOW-LEVEL FORMAT (COMPLETE FORMAT) WITH A COMPUTER. DOING SO WILL RENDER THE MEMORY CARD UNUSABLE WITH THE PDR RECORDER. WITH A WINDOWS BASED COMPUTER, BE SURE TO CHECK THE QUICK FORMAT BOX BEFORE FORMATTING THE CARD. WITH A MAC, BE SURE TO FORMAT AS “MASTER BOOT RECORD” AS SETTING.

Copying Recordings to a Computer

SDHC cards come pre-formatted with a FAT32 file system which is optimized for good performance. The PDR relies on this performance and will never disturb the underlying low-level formatting of the microSD card. When the PDR “formats” a card, it performs a function similar to the Windows “Quick Format” which deletes all files and prepares the card for recording. The card can be read by any standard computer but if any write, edit or deletions are made to the card by the computer, the card must be re-formatted with the PDR to prepare it again for recording. The PDR never low-level formats a card and we strongly advise against doing so with the computer. To format the card with the PDR, select Format Card in the menu and press MENU/SEL on the keypad. See the PDR Instruction Manual for details on navigating the menus. NOTE: An error message will appear if samples are lost due to a poor performing “slow” card.

The formatting of the PDR microSD card sets up contiguous sectors for maximum efficiency in the recording process. The SD card, as formatted by the PDR, can be corrupted by any attempt to directly edit, change, format or view the files on a computer. The simplest way to prevent data corruption is to use an adapter with a write protect switch that is set to the "locked" position (as described above). Do not rename files directly on the SD card. Do not attempt to edit the files directly on the SD card. Do not save ANYTHING to the SD card with a computer (such as the take log, note files etc) - it is formatted for PDR use only. Do not open the files on the SD card with any third party program such as Wave Agent or Audacity and permit a save. In Wave Agent, do not IMPORT - you can OPEN and play it but do not save or Import - Wave Agent will corrupt the file. In short - there should be NO manipulation of the data on the card or addition of data to the card with anything other than a PDR. Use an adapter with a write protect switch, or, if you don't have one, copy the files to a computer, thumb drive, hard drive, etc. that has been formatted as a regular OS device FIRST - there you can edit freely.