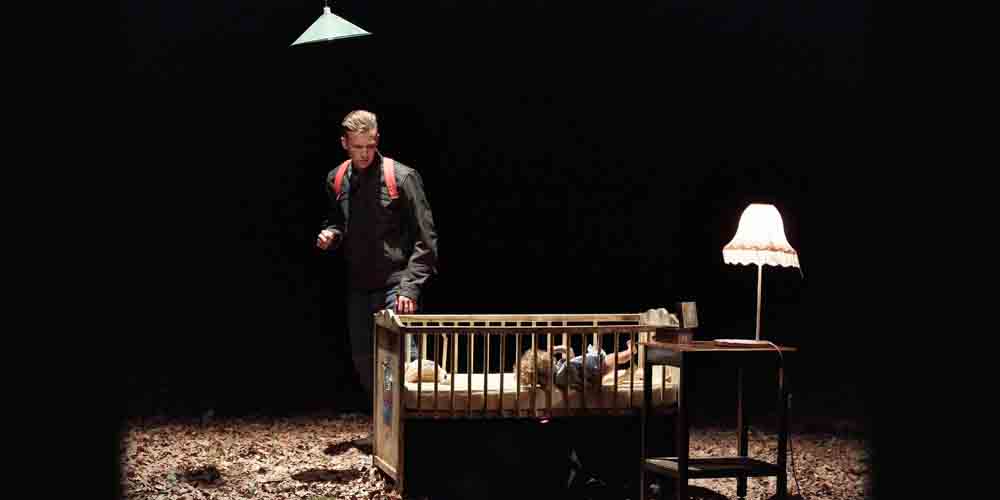 London – September, 2014… Sound Recordist Richard Meredith was able to choose the right gear for the job when faced with recording in a forest at night for a new reality game show with some demanding circumstances. The brief was recording sound for a new TV series for ITV and FOX; Release The Hounds. The 'Hounds' set was a huge open forest several miles west of London with games happening all over it. It was decided that the shoot would be done in studio style, with the director in a central gallery and all camera feeds incoming and recorded on a stack of recording decks, as opposed to shooting in camera. The location was spread so far and wide that it ended up being two galleries.

Richard's team initially considered the option of recording out in the field and sending a monitor mix to the director. However there were so many other elements that required the sound mixer to be near the producers and director in the gallery that it was decided to run an audio gallery too courtesy of an Ethos Audio truck, itself hugely capable and with the added advantage of coffee on tap day and night.

It was obvious with such great distances involved that fibre run would be required in one form or another for the radio mic system – Two options were considered; either RF over fibre, bringing several remote antennae feeds long distances into a central radio mic receiver rack, or running a receiver rack locally at the game and bringing the audio back to the truck over fibre - as the Ethos truck already ran a fibre infrastructure for audio. Coupled with the fact that there were other feeds to run back and forth - talkback and comms etc. the team settled on audio over fibre. There were other factors too - the fact that the very clever Vista 5 console in the Ethos truck could run a redundant backup fibre simultaneously with the main one, meaning that if the main fibre got damaged mid game, then the console would invisibly switch to the spare – a luxury they would not have had running RF fibre!

The decision over which radio mics to use was eventually decided by the brief; 4 games per night, for the team to get hold of the money, but then an added challenge which had to be done by each team member separately to actually escape with the money intact. The locations for all these activities were at best several hundred meters apart from each other, and in some cases over a kilometre!

There were 4 different games in different locations every consecutive shooting night, and some locations required two drops of receiver rack as the distances involved went beyond the sensible capabilities of a single multiple antenna system. It required a solid “rack” style receiver, which was easily portable and at times able to run off a 12volt supply in some locations - so there really was only one choice – the Lectrosonics venue rack - or 5 Venue racks to be precise.

Richard explained: “It really was a 'No brainer' - The games designers were coming up with new ideas which involved several other artistes to be mic’d in addition to the main game contributors. I could see that flexibility would be the key as greater or lesser importance was placed on these additional characters dependant on how the competing team was doing. Each venue rack was loaded with nominally 5 receiver modules but we had the ability to increase or decrease as and when necessary if required. We generally ended up with 6/5/5/5/4.”

With a split crew running the operation - one set on nights filming the games and a second on days re-rigging for the next set of games, the sound team imposed a strict patching scenario. The fibre interface units at each game were all given a thorough treatment of white labelling tape and each input and output on every end box was always allocated the same job, therefore any pair of fibres plugged into the truck always had the same inputs and outputs derived from the same place irrespective of location of game. As there was no time to test individual feeds during the daytime rig, this consistency was essential to quickly fault find any missing feeds or returns to the game, during the short re-set period between every game on the night.

Richard added: “We very quickly established a routine and the night crew game rigger, would potter about with a venue rack tucked under one arm in case extra receive channels were required at short notice on any particular game - a very lightweight solution to moving 6 channels of radio mic receiver around.”

The other factor which drove home the choice of Lectrosonics on this project was transmitter choice - production wanted as little interference as possible with the game players to maximise a solitary feel - and battery life. That, coupled with compact form factor was perfect for the SMDB’s. In addition, during planning another potential pitfall of “water” entered the discussion. Aqua-packs etc. were impractical due to the costumes. To resolve the issue, the team doubled up the transmitters to include Lectrosonics WM waterproof models. With no prior warning as to which of the contributors “might” get wet, they would simply able to rig those likely to with WM’s from the start and not give the game away to the contributors with very obvious waterproofing tactics going on.

The whole system worked amazingly well - achieving huge range in the forest using ALP650 active shark fins, identical performance from the SMDB’s and the WM’s in all conditions and were able to react instantly with minimal disruption if plans for radio mics changed late in the day, (which it did on several occasions) as additional receiver capacity was very easily deployed on a bicycle.

The terrain on site was in patches so dense and inaccessible that the site was split in two, to make cable runs actually possible. Two gallery setups were needed to look after half the location each because it was totally impractical to have every game permanently facilitated with the maximum possible number of receivers. It would have more than tripled the receiver requirement. So in the end there were two sound mobiles, interfacing two comms systems, and of course two coffee machines!

The last word from Richard Meredith was: “One final Lectrosonics plus point was, of course, the ability to remotely alter the TX gain, which was invaluable for all the barking dogs - watch Release the Hounds on ITV in the UK, or Fox in the USA, to fully understand.”