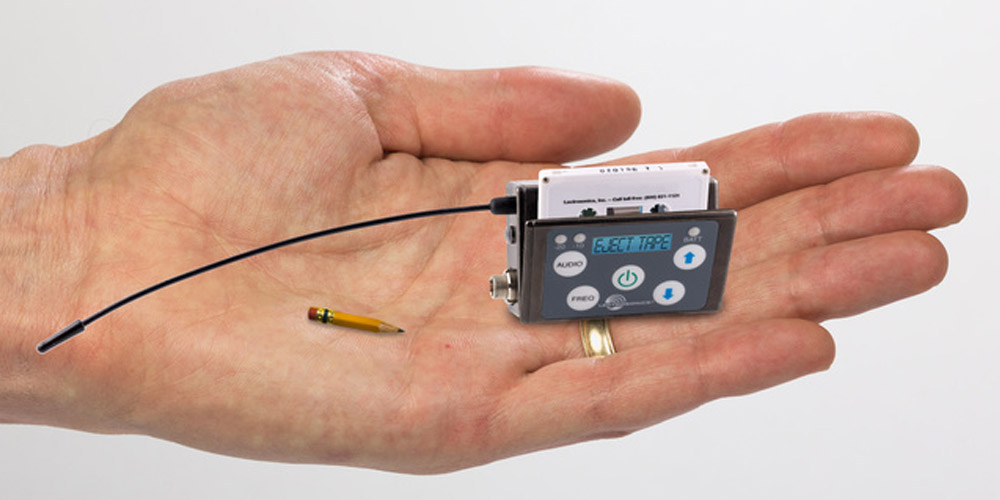 Rio Rancho, MN (April 1, 2017) — On April 1, Lectrosonics is introducing a new body pack transmitter unit with built-in recording capability, using the newly developed Nano-Cassette™ tape. The transmitter, dubbed the Nano Cassette TX (NCTX for short), includes all the standard features of similar Lectrosonics transmitters introduced during the past two years: Digital Hybrid Wireless® transmission, a wide tuning range of 75 MHz (three standard Lectrosonics blocks), selectable RF power, and remote control via an acoustic signal from a mobile app. The addition of the Nano-Cassette recording provides the ability to back up the audio signal in the event that the transmitter goes out of range of the receiver. Recordings can even be made when the transmitter portion of the unit is not engaged, i.e. as a stand-alone recording unit.

"Since even the micro-cassette was not nearly small enough nor high-fidelity enough to be used for this project, we set about to develop a brand-new cassette mechanism that we eventually dubbed the Nano-Cassette," explains Gordon Moore, president of Lectrosonics. "This new tape format shows promise in other areas, such as portable music playback, for instance. But for now, it is the ideal recording medium for the new transmitter."

Specifications for the new Nano-Cassette tape format include .03 mil tape material based on a newly developed, proprietary Iron Trioxide material, 2 hours recording time per cassette side or 4 hours using auto-reverse, mono or stereo audio, and dynamic range of over 100 dB (A) using a proprietary Digital Hybrid noise suppression method derived from the Lectrosonics' patented Digital Hybrid Wireless transmission scheme. The tiny tape cartridges measure 21x10x2mm and weigh 1 gram. The recording head measures a scant 1x1.2x.9mm but has to be liquid cooled due to the enormous flux density. The tiny cooling system uses standard R134a coolant found in auto air conditioning, and a tiny DC-powered refrigeration system employing brushless nanomotors and taking up only a few square millimeters on the audio circuit board.

"We're really excited about this product," states Moore. "People have asked us for a recording transmitter for about a decade now, and developing the Nano-Cassette system has taken nearly that long to perfect. We hope everybody is happy now!"

The NCTX is supplied with a removable belt clip, two Nano-Cassettes, and a tiny pencil for taking up slack on the itty-bitty reels before inserting the tape into the transmitter mechanism. A software app is also included, with a plug-in using a deconvolution algorithm to eliminate wow and flutter artifacts in the audio file. MSRP: $2017. Availability: April 1.