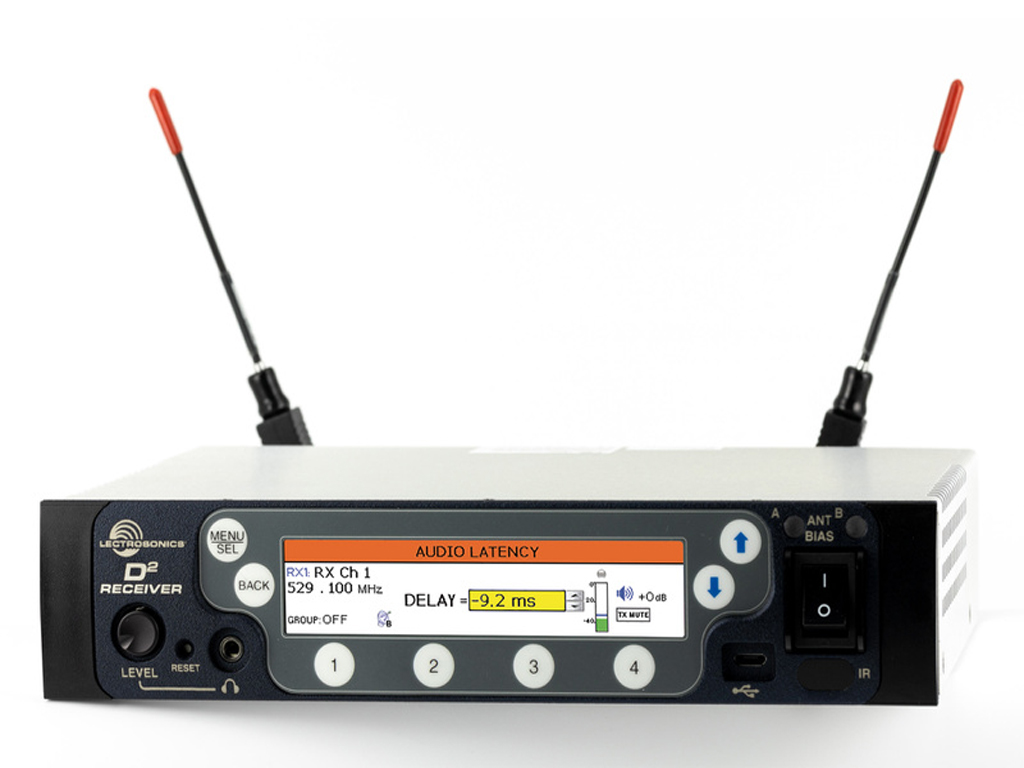 “After we realized what was possible, we didn’t want to push things too far, though, and limited the look-ahead function to about 10 ms. We’re a little afraid of what we might find if we set it any further ahead than that. Imagine predicting the outcome of an election by 20 or 30 ms. Powerful stuff!”

Rio Rancho, NM (April 1, 2021) — Lectrosonics is announcing the introduction of firmware for several audio processing systems and wireless microphone platforms with a Negative Delay feature. As most audio professionals know, digital signal paths – whether through a digital console, A/D converter, DSP, networked audio system, or wireless microphone system – introduce a certain amount of latency or delay in the signal. Although today’s systems incur very low latency per unit and higher sample rates reduce that number even further, the cumulative system or “round trip” latency can become long enough to cause issues with sound system alignment, out-of-sync video, and phase problems. In the case of singers using wireless microphones and in-ear systems, the result can be phase cancellation or comb filtering between their voice in their own head and the copy of their voice coming back into their ears.

To remedy this situation, Lectrosonics has found a way to combine the concepts and technology behind pre-roll (where the camera or recording device keeps the last few seconds of content in a continually refreshing buffer), deep fakes, and predictive algorithms (used to correct noise, or overcome channel bandwidth restrictions, or for “type ahead” functions found on smart phones and in word processing apps). The Lectrosonics own patented Digital Hybrid Wireless® platform uses such a predictive algorithm to overcome channel noise and companding problems with analog wireless mic systems, and was the starting point for the new development.

The result is that if a “round trip” latency in a sound system ends up being 7 or 8 ms – fairly common these days – this new Negative Delay function can be added anywhere in the system to correct for that offset. By subtracting 7 or 8 ms (i.e. “negative latency”), the whole sound system will operate in real time once again, with no phase issues or other problems.

“We had of course used predictive algorithms before in our own designs, but until recently had not thought about using this technology to actually look ahead,” explains Karl Winkler, VP of Sales & Marketing at Lectrosonics. “After we realized what was possible, we didn’t want to push things too far, though, and limited the look-ahead function to about 10 ms. We’re a little afraid of what we might find if we set it any further ahead than that. Imagine predicting the outcome of an election by 20 or 30 ms. Powerful stuff!”